By: Sheik Amir, Chairman Ulema Board

One of the most important principles of Islam is that all things belong to Allah SWT, and that wealth is therefore held by human beings in trust.

The obligatory nature of Zakat is firmly established in the Qur’an, the Sunnah, and the consensus of the companions and the Muslim scholars.

The word Zakat means both ‘purification’ and ‘growth’. Our possessions are purified by setting aside a proportion for those in need, and, like the pruning of plants, this trimming down of the surplus causes new growth.

Zakat is an obligatory act ordained by Allah SWT to be performed by every Muslim. It is an important pillar among the five pillars of Islam. Zakat is a portion of the wealth and property that Muslims must pay annually, to help the poor of their community. One of the main purposes of Zakat is to keep those who are wealthy clean, monetarily, from sin, and help the poor and needy in our community. This is the social welfare system of Islam to address the needs of our less fortunate people.Zakat – Muslim Directory

For people to become obligated to pay Zakat they must meet the following criteria:

What part of Wealth will require Zakat?

Can Zakat be paid in Advance?

Zakat can be paid in advance before the year has ended, but you should make sure you have wealth equal to or above the Nisab.

How is Zakat calculated on shares?

Shares are of two types: those purchased by a speculator who trades in shares, and those bought for investment.

If you are a speculator and have bought shares specifically for the purpose of selling them and making a profit, then the entire market value of the shares is subject to Zakat since it is considered as stock in trade.

If, on the other hand, you have bought the shares as an investment and to receive dividends, then you first have to calculate the percentage of assets that would be subject to Zakat that the company has, and pay Zakat on that percentage of the value of your shares. To do this you would have to look at the yearly accounts of the company, and work out what percentage of its assets are stock, raw materials, cash, gold or other items attracting Zakat.

Buildings, machinery, vehicles and so on that are essential for the business are not subject to Zakat.

I Saved Some Money for Hajj, do I Pay Zakat on it?

Yes. Zakat is payable on money saved for Hajj, provided it is kept for one lunar year, and is at or above the Nisab threshold.

Do I Pay Zakat on My Pension Fund?

There are two ways in which a pension can be funded:

If the payments are deducted from the salary at source so that the money never comes into the possession of the contributor, no Zakat is due on the payments, nor is it due on the amount that accumulates in the pension or provident fund.

Zakat will only become payable when money from the fund is paid out and received by the contributor.

If the payments are made after the money has come into the possession of the contributor then Zakat is payable on the money that accumulates in the fund.

Who is entitled to receive Zakat?

This category of people is defined in the Holy Quran: “The alms are only for the poor and the needy, and those who collect them, and those whose hearts are to be reconciled, and to free the captives and the debtors, and for the cause of Allah, and (for) the wayfarers; a duty imposed by Allah. Allah is All knower, All Wise.” (Al-Quran 9:60).

How often do they have to pay Zakat?

Each Muslim calculates his or her own Zakat individually. For most purposes this involves the payment each year of two and a half percent of one’s capital.

A pious person may also give as much as he or she pleases as Sadaqa, and does so preferably in secret. Although this word can be translated as ‘voluntary charity’ it has a wider meaning. The Prophet said ‘even meeting your brother with a cheerful face is charity.’

By: Sheik Amir, Chairman Ulema Board 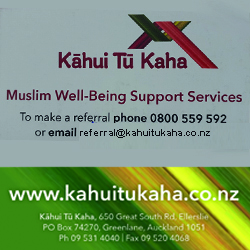